Let’s take a little sneak peek at the upcoming Star Realms High Alert expansion packs. These will be available on the pledge manager tier or as an add-on as part of any of the Epic tiers in the Epic Jungle Kickstarter launching this Tuesday, August 27th, on Kickstarter! Sign-up here to be the first to get updated when the Kickstarter goes live!

With this add-on you’ll get all four Star Realms: High Alert 12-card packs before they are available in stores, plus you’ll get the 14-card Kickstarter Exclusive High Alert: First Strike Pack!

Note: These card files are not final and are subject to change.

If you love triggering Ally abilities as much as I do, then you’ll love the new multi-faction heroes in High Alert: Heroes! Biodroid Otto is the droid you are looking for! 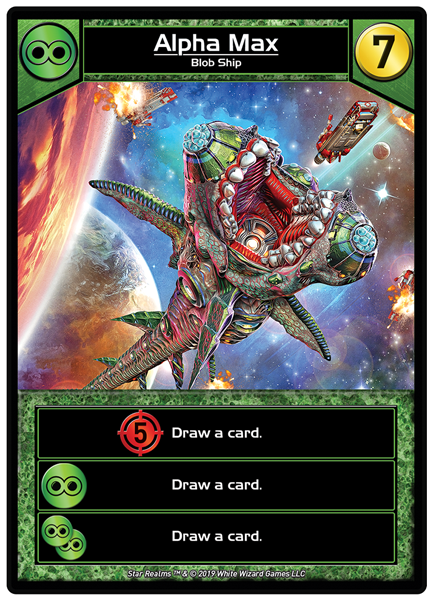 Alpha Max loves card draw is much as we do! It’ll keep your Blob train rolling strong with its Ally and Double Ally Ability drawing you up to three cards! Three? That’s right! When you play it you immediately gain 5 Combat and draw a card. If you’ve played another Blob card that turn, or have a Blob base in play, you draw another card. Annnnnd, if you trigger the elusive Double Ally Ability by playing two other Blob cards that turn… you guessed it! You draw another card! [Oprah meme material] 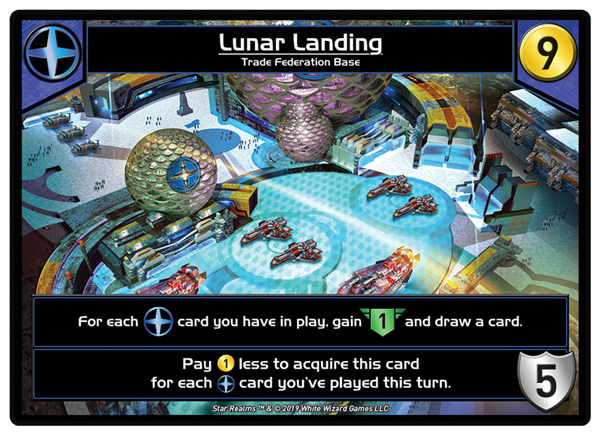 Synergy is integral for triggering certain abilities and getting an edge over your opponent, but never before has faction unity been so profitable!

Just imagine all the combo possibilities…

When Lunar Landing is in the Trade Row, it’s Trade cost is reduced by 1 for every Trade Federation card you’ve played that turn! WHAT?! (note, my fave faction is Trade Fed….)

When Lunar Landing is in play, you can trigger its ability to draw a card and gain 1 Authority for every Trade Federation card you have in play! 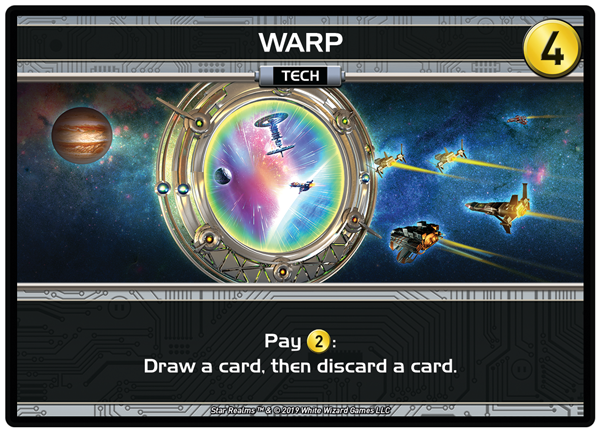 A new card type?! Sure is! Let me introduce you to Tech…

When you acquire a Tech card it comes directly into play and gives you a permanent ability you can use once per turn with Trade!

Warp will help you maximize your Trade use even more! When you have it in play, once per turn, you can pay 2 Trade to draw a card and then discard a card! 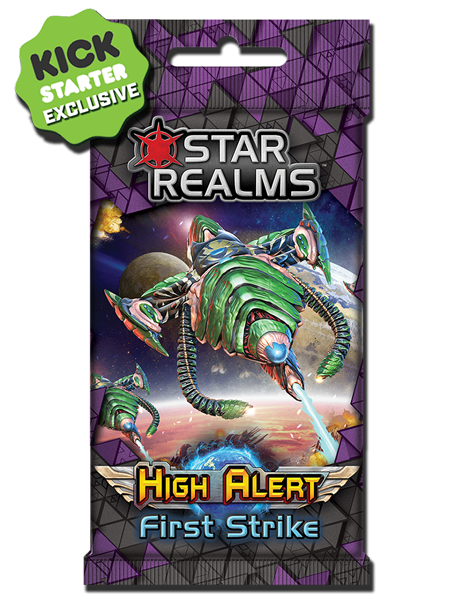